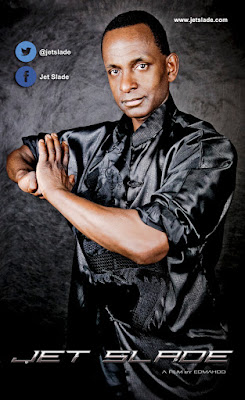 A full-time martial artist from Leeds UK, Reg has dedicated himself to the
art and has passed on his knowledge to many of his students over the years.
Especially to one of his top students, director Edmahoo...
Image below shows director Edmahoo proudly receiving
his Second Grade Dan Black Belt. 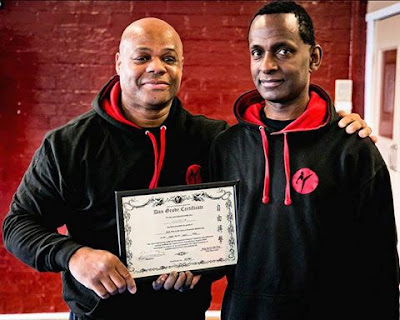 It was only inevitable that Reg would some how, one way or
another make an appearance in Jet Slade: Rise of the Black Hood.
But the question was how? 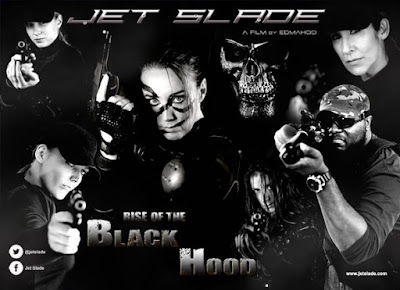 A martial artist himself, Ed made it clear from the beginning
that Jet Sade was not a martial arts film, and not wanting to
go for the style of fight choreography you see in films today.
After thinking long and hard he came up with
a good storyline of how to introduce Reg into the film.

Below is an exclusive snippet of Reg on the
set of Jet Slade: Rise of the Black Hood.
Reg has a couple more scenes to film with us and is
really looking forward to it. He faces off against another
top martial artist and has his work cut out for him.
His words were, "I can't wait!"

The above GIFF is a snippet of Reg in action from 2011,
sparring with one his students. He moves with
grace and makes everything he does look fluent and easy.
Just a typical class at Leeds Freestyle. 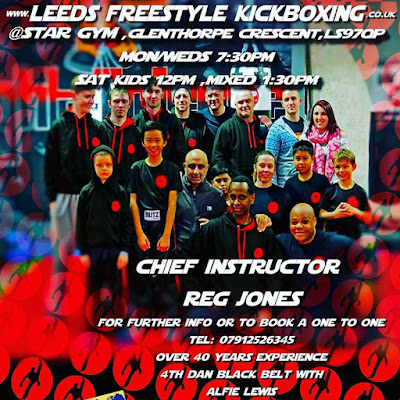 For up to date information on Reg's classes and times,
click the image below and it will take you to his
Leeds Freestyle Members (closed) Group on Facebook: 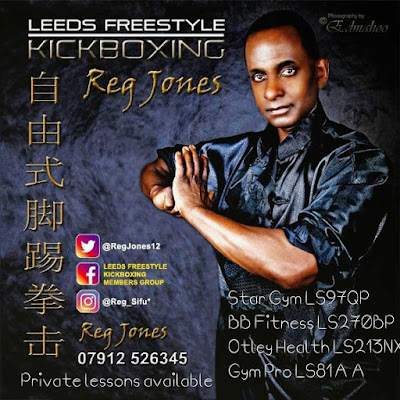 Look out for more news and updates from Jet Slade but in the
mean time, check out this 30sec teaser from our Jet Slade
Facebook page and don't forget to LIKE our page.
Thanks for reading,