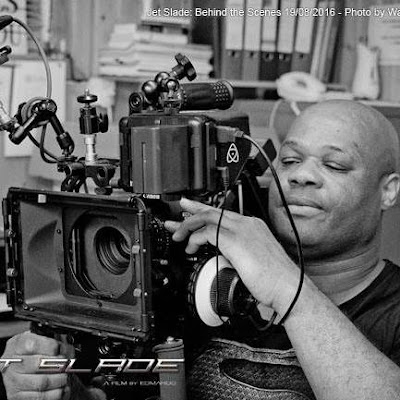 Back in 1990 before director Edmahoo became a film maker, he was heavily into the House Music scene not only as a singer, but also in the production side of things too. He even featured as lead vocalist on an underground Techno House track by artists Juno: Soul Thunder (Bassic Records, Leeds).

Working with sound and music has always been a passion of Ed's, especially after being inspired by watching the documentary on the making of the very first Star Wars movie. (Click here). 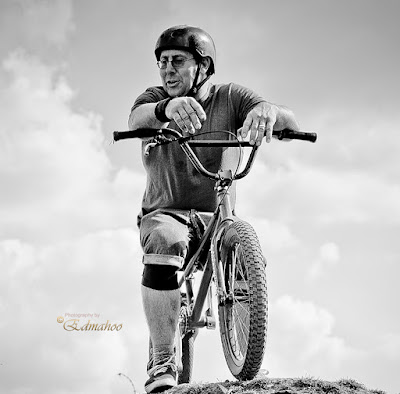 (Scott is a huge BMX fan and rides the tracks regularly)
After the release of Juno's Soul Thunder, Ed met up with music producer Scott Featherstone. Scott heard Ed's voice on the Juno track and really liked his vocals and at that time Scott was looking for a vocalist to sing on one of his tracks. Scott sent Ed the track and Ed put some vocal ideas down on his four track and sent Scott a rough demo. Scott was really pleased with what he heard and invited Ed over to his studio and that was the beginning of their friendship. The track was entitled 'Take Me Away'.

Since then Scott has continued with his music career and has produced many underground house tracks of which some have been released on vinyl record and also on 'White Label'.

Below is just a sample of some of the mixes Scott has produced...

(You can subscribed to his youtube channel by clicking this link)

... Here are just some of his awesome tracks from his youtube channel:

It has been over 25 years since Ed and Scott's first meeting and they have kept in touch and have become great friends.

It was no surprise to Scott when Ed told him, "He was making his first Independent feature: Jet Slade - Rise of the Black Hood." See below for First Trailer (still in production).
Scott was more than happy to support Ed in his venture and has been a huge help in helping ed with locations for his film. Ed has also continued with his music of which  he incorporates in his film.

Recently Scott has really been doing well for himself, it hasn't been easy as any music or film producers can tell you so. But there's always that 'Right lace at the right' that 'Being in the right place at the right'... so the saying goes.

Scott was introduced to music artist Kym Sims, who had a hit in 1991 with 'Too Blind To See It'.

After taking some time out of the music scene, Kym has made a come-back with a fresh and new track called 'Turn It Up'. After being introduced to Scott and listening to some of his music, Kym really liked his style and wanted Scott to do a remix to 'Turn It Up'.

Scott is a resident DJ at 'Tracked Underground' and they happily shared an exclusive of a live Internet radio broadcast hosted by Lee Wells, of the very first time aired remix of Kym Syms's 'Turn It Up' produced by Scott Feathersone.

Check out the link below, you can forward to the remix at 2hrs:11sec into the show.
We love it, we like it and it's going to be a smasher of a summer track!