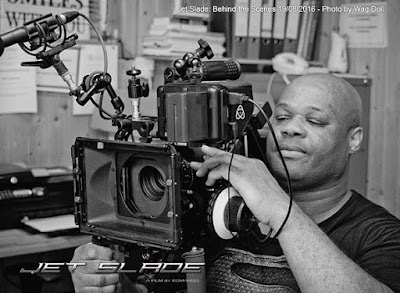 Since announcing we had over 200,000 visits to our website seven months ago, we are very pleased to let you know this has been exceeded by another 100,000 more visits. Making it a total of over 300, 000 visits. Thank you to all our supporters.
Fabulous new Promotional Poster of Wag Doll as Jet. 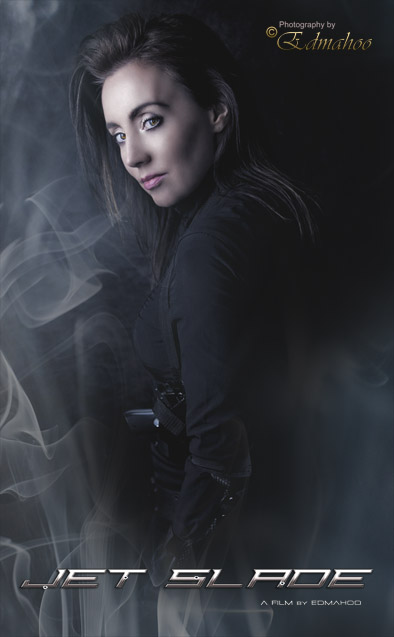 Below are a couple of screen grabs of lead actress Wag Doll (who stars as Jet) from our recent film shoot. It took four days to film this scene, lots of planning and organising went in to the preparation for it. 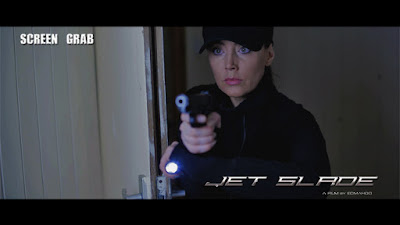 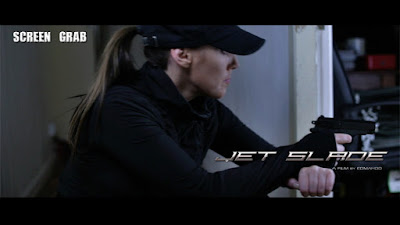 We would also like to welcome newcomer to the Jet Slade cast:
Adela Domuradova 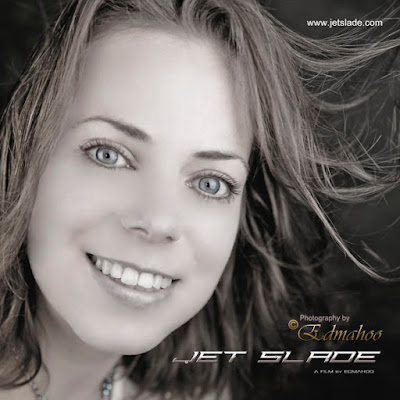 Adela is the real life wife of Roman Domurad  (who also has a part in the film) and together they have four beautiful children. Originally from the Czech Republic and now resides in Leeds UK, this was the first time Adela had done anything like this and she shone in rehearsals and on set, her accent added that extra quality to her character. She was sent a very wordy script a month prior to an intense two day rehearsal and we filmed her scene a day after her final rehearsal (this was due to the short time schedule we had for the location). You could say, "She was thrown in at the deep end." But came out on top and performed wonderfully!
Here is an image of Adela in rehearsal: 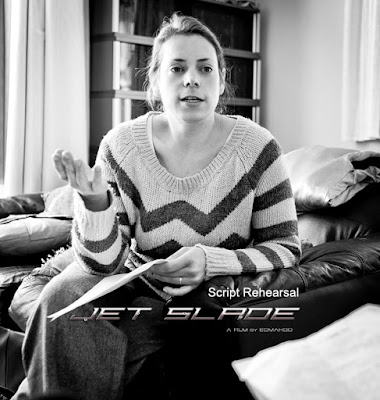 Below are a few images of Adela on the set of Jet Slade, just by her smile you can see how much she really enjoyed the experience. 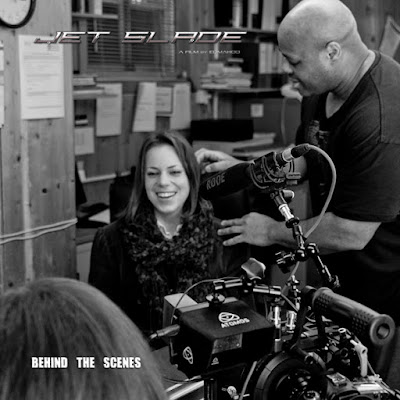 Image above and below with director Edmahoo and Rochelle Goldman in shot (photo by Wag Doll). 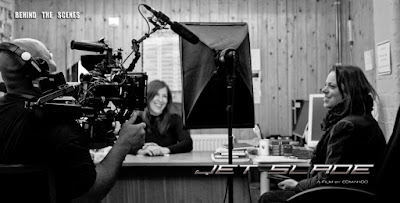 Image of Adela on set with with lead actress Wag Doll. 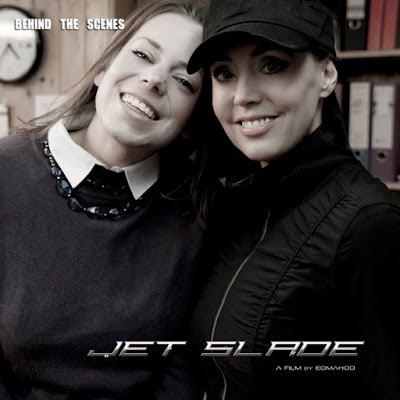 Adela has filmed all of her scenes with us and enjoyed the experience so much, she has expressed that she would love to be apart of Ed's next project. 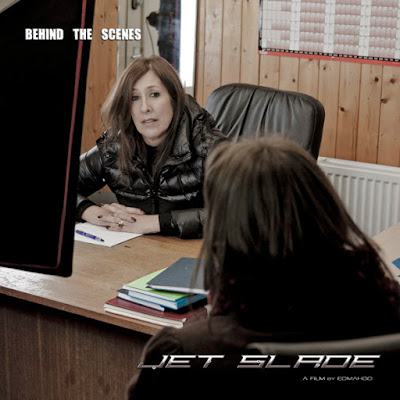 Rochelle is no stranger to working on Jet Slade, she has really got into her character and has made Chief Slade Enforcer her own. She is really enjoying the experience and gives 100% in rehearsals and on set. 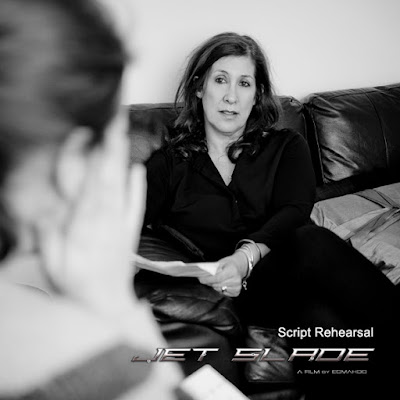 Her recent scene was a big challenge for her as it was an action/fight scene. Rochelle was up for the challenge and we can't wait for you to see her in action. Below are a few behind the scenes of her on set. 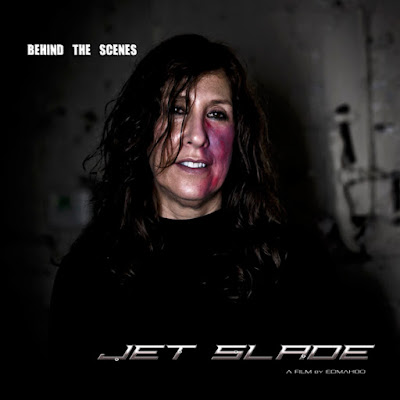 Rochelle seen here below with lead actor Humphrey Casely-Hayford
(Always fun and smiles on set, even after a battering) 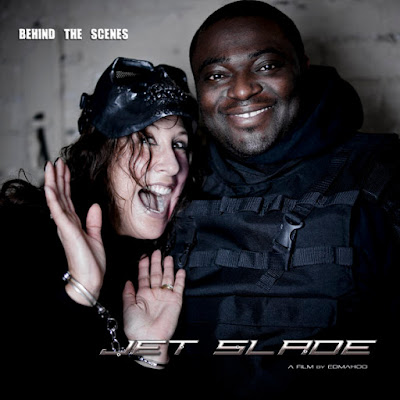 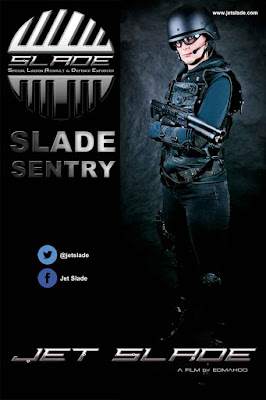 Helen filmed her last scene with us but she didn't just go out with a nice goodbye, she went out fighting. Seen here below on set in a screen grab with Lynsey Jayne (who plays an assassin). 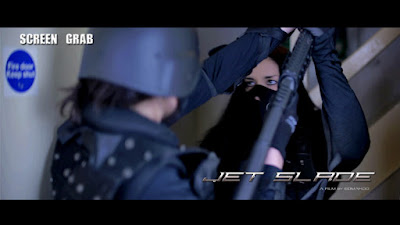 We will miss Helen, below is a behind the scenes shot of her Helen (left) with Lynsey (without her mask on). They both worked really well together on set. 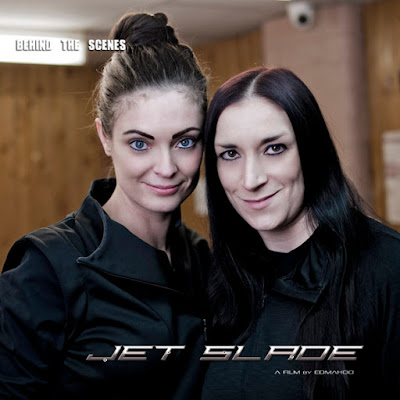 Below is another great screen grab of Lynsey Jayne on set of Jet Slade. 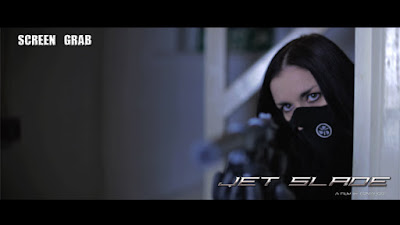 Just before the Christmas holidays and New Year kicked in, we managed to get another intense and dramatic scene filmed. This scene included Humphrey Casely-Hayford, Lynsey Jayne and newcomer making her debut appearance, Melanie Coen. 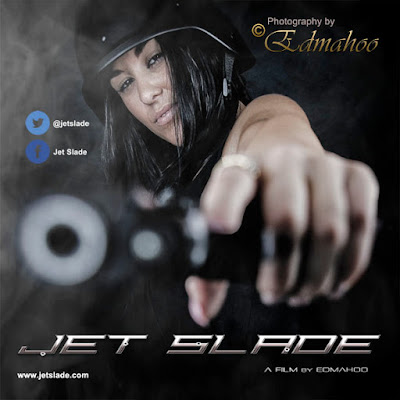 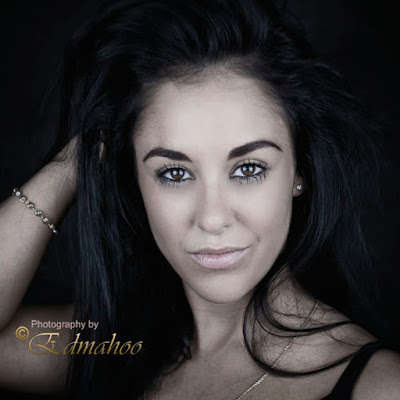 This was a huge, intense and dramatic scene for Melanie... After a few rehearsals and on shooting day she dug deep, and with the help and experience of actor Humphrey Casely-Hayford was able to get into character.
Here is an exclusive snippet from Jet Slade of Melanie's performance...

Behind the scenes images of Melanie in character with Humphrey Casely-Hayford and Lynsey Jayne. 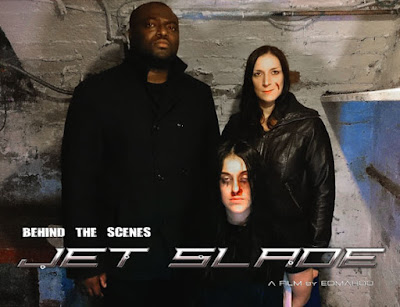 It's been a heck of a ride recently as Ed (the director) is working frantically to get all of the scripts, scenes and locations prepped for the Finale.

Dean Croft is also one of the latest cast members to join Jet Slade, he has really enjoyed the experience not only on set, but in rehearsals and behind the scenes of film making... understanding how it all works. 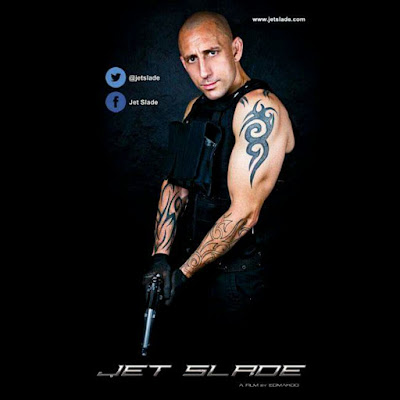 They both rehearsed a very intricate fight scene (choreographed by Ed) which took a few weeks to practise. Below is a sneak peak of Wag Doll with Dean rehearsing their fight choreography before we film. 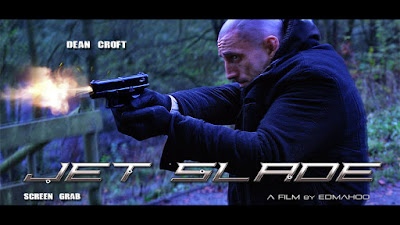 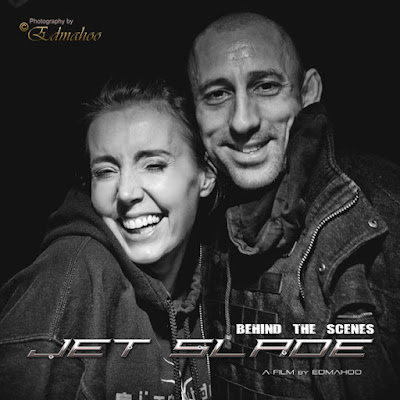 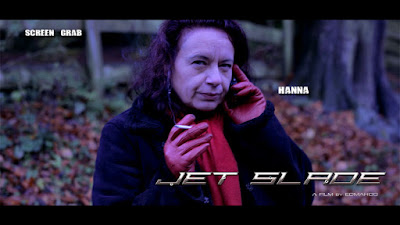 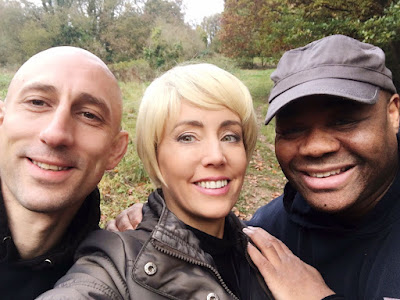 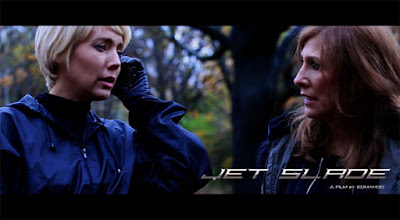 There is a huge cast in Jet Slade, and the family is growing, every role whether it big or small is pivotal to making this action feature what it is. Filmed in Leeds, Yorkshire UK and by the help of great people, Jet Slade is not only an experience for some of the cast, but a gateway to a future in doing something they never thought possible... Taken out of their comfort zone, building confidence, meeting new people and having fun! 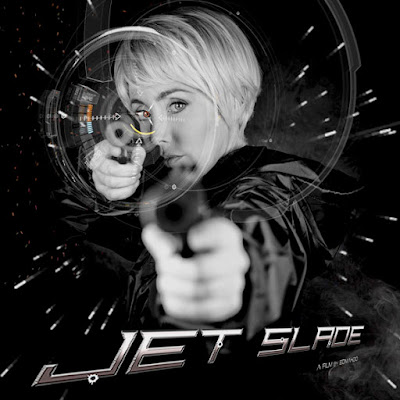 We hope you've enjoyed reading our January News Update, the first one for 2017. We will try to keep you updated as often as we can...

Look out for more exciting posts in the future.

Thanks for supporting us.