Jet Slade an Actor's Life - Behind The Character 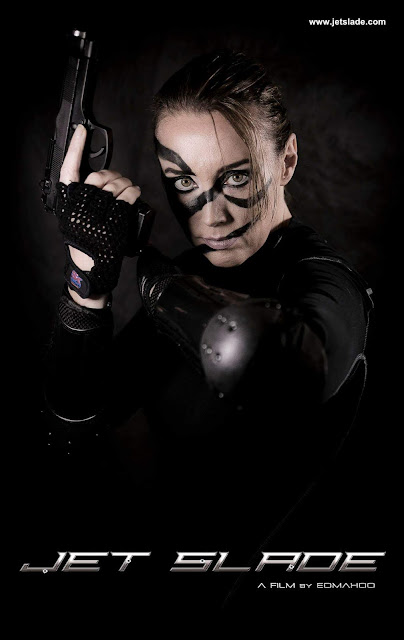 As we draw nearer to the final stages of production on Jet Slade: Rise of the Black Hood, we take a look and glimpse at lead actress Bridgit Houghton aka 'Wag Doll'. 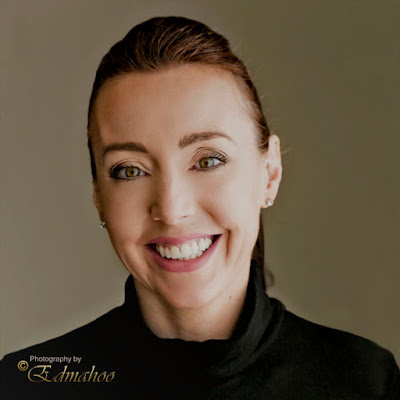 (With over one million visits to her own website wagdoll.co.uk - Click on the photo above to visit)

Born in West Yorkshire in her home town of Leeds, UK; Bridgit stars as Jet, a tough female operative recalled into service to investigate unusual occurrences that have ricocheted and affected the SLADE organisation, threatening an alliance that once was a force to be reckoned with. Not only that, something that happened in Jet's past has finally caught up with her.

'What an exciting and a fantastic life for an actor, being able to dress up in different costumes and take yourself away, even if only but for a brief moment and portray someone else'. 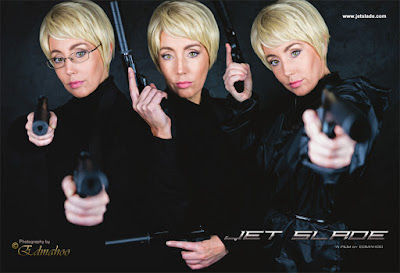 Will Jet be strong enough to face the demons that have returned to haunt her after all these years. As the plot thickens and the case starts to unravel, can she put right what she failed to do then and finally put her demons to rest... is it really that simple? Or will she also face the fate and wrath of the dark cloud that threatens the city known as 'The Black Hood'.

Jet Slade: Rise of the Black Hood Teaser (Raw)
(Look out for an Exclusive new Explosive Trailer at the beginning of the 2017). 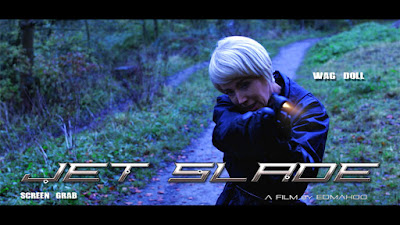 Jet Slade: Rise of the Black Hood is an original story written, produced, edited and directed by filmmaker from Leeds, Edmahoo. Ed first had the idea for his feature way back in 2012, he knew he wanted a female to play the lead character, someone who was willing to go through a transformation physically and mentally. He had worked with Bridgit prior on other projects and when it was time to choose his lead, she was already high at the top of the list.

Below are a few of the projects Ed has worked on with Bridgit in the past:

Just by viewing the clips above, you can see how much of a transformation Bridgit went through.
You can view detailed results on her website right here: FITNESS: The Wag Doll Protocol - Eating Clean and Looking Lean.

THE JOURNEY: Creating the Character 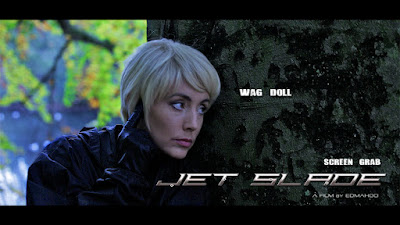 Not only did Bridgit go through a physical transformation and with having no background experience what so ever, she went through fight training, body conditioning, martial arts training, self defence, boxing, weapons training and much more. She really is enjoying the experience on what it takes to become an action film star and has learnt so much of the production side along the way.

Bridgit does lead a very interesting and exciting life, during the day she works full time for a reputable media company, attends Ballet, Zumba and Strictly dance classes on an evenings during the week and still finds time to rehearse, film and enjoy family life too. We honestly don't know how she manages to fit it all in, but she does. Director Edmahoo says...

"It really and truly has been an honor and an absolute pleasure working with this wonderful and beautiful person. She truly has excelled my expectations and has brought my character Jet to life, of which I am truly grateful... She is a true professional!" 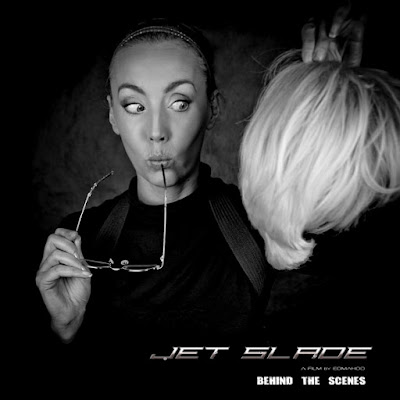 Look out for more exciting 'Interviews and TV Spots' from the Jet Slade cast (coming very soon)
and more film updates as we draw closer to the ending of this exciting journey.

JET SLADE IS AN INDEPENDENT FILM CREATED BY 'SOLO FILMMAKER'  EDMAHOO & HAS NO FINANCIAL BACKING WHAT SO EVER.
IT IS DEVISED PURELY ON CREATIVITY & HARD WORK!