WE ARE VERY HAPPY TO ANNOUNCE...

"THANK YOU TO ALL OUR SUPPORTERS"

When Director Ed Mahoo started Jet Slade, he never expected he'd get this many views.
He always had faith in his idea of making a short film about a strong female character, as he believes that female actors don't get the just rewards on screen as male actors do!
With Jet Slade's web page getting over 1000 views a day he has worked day and night pushing this project to get it off the ground.
He has had no financial backing whatsoever.
The brains behind the whole project, Ed wanted to give ordinary people (some who have since pursued an acting career) a chance to do something out of their comfort zone, a chance to do something they've never done before, but always had that 'something special' inside of them... a chance to meet new people, boost their confidence and make friends along the way.
This is a typical Ed face, especially when he's in the zone! 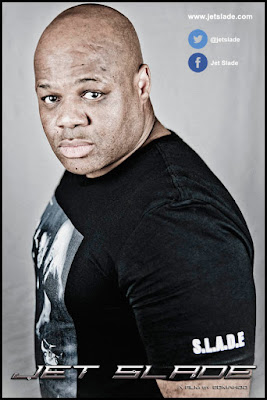 Thanks to lead actor Wag Doll aka Jet for taking this fabulous photo.
(Seen here with Ed) 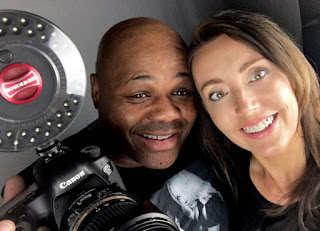 Ed believes that everyone has that 'something special' in them, it's finding it!

The original concept for Jet Slade was supposed to be only ten minutes long, but when he filmed his first scene and edited it together, he realised Jet Slade was going to be a feature and he would need more 'tape!' :)

Ed has been very unorthodox when it came to selecting the cast for his film, he didn't do any casting and has selected cast members by their personality, shape, size, accent, persona and look.
He was adamant that Jet Slade should be filmed in his home town of Leeds and around the Yorkshire region.

The recent rehearsals for our next shoot have been going fantastic and we start filming in a few days..

Below are some shots from Steve and Rochelle's rehearsal, they are both having so much fun! Rochelle is really getting into character as Chief Slade Enforcer: 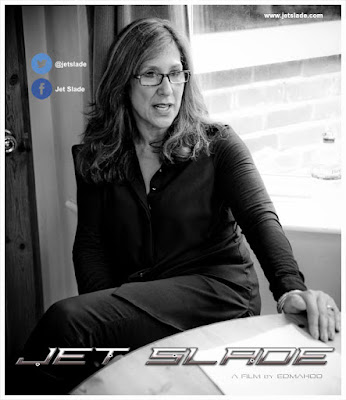 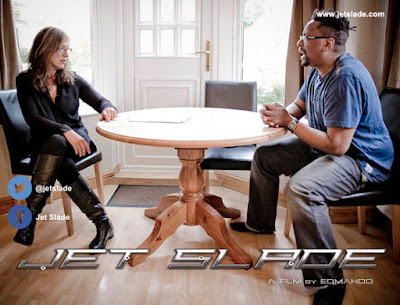 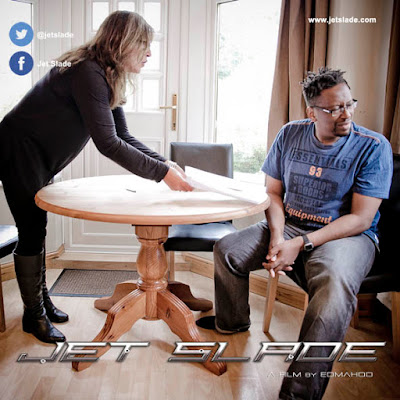 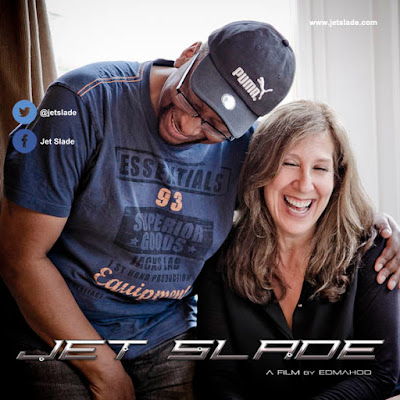 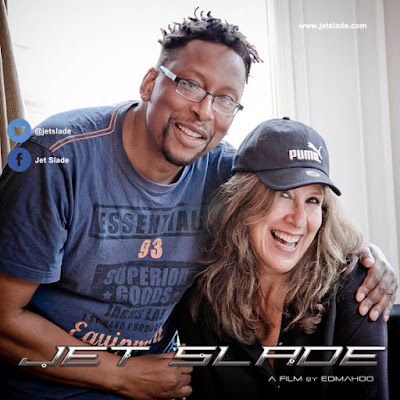 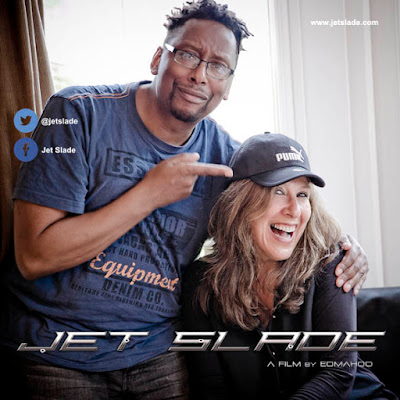 Look out for more exciting posts on Jet Slade as Phase III: The Finale is really turning into something big!