On The Set of Jet Slade - Phase III

The Gods must have been watching over us!
The time is 3am in the morning and we're just about to wrap-up filming for the night. The cast had rehearsed intensively over the past few weeks and the weather forecast predicted it was going to be sunny and dry on the day we'd planned to film... considering it had been raining, frosty, windy and even hail stone that previous week!

Location Scouting
Ed (the director) had already done his homework and had a contingency plan if the weather wasn't going to be as the forecaster had predicted, so he chose two locations to be on the safe side, the second being a more enclosed and darker setting with shelter. The scene in the screen grabs below is the set he really wanted to use as it had the perfect lighting that really set the mood. He'd been to visit the location in the day and also at night to see what it was like. You'd be surprised how a set can look in different times of the day.
Screen Grab 01:
Image of Lynsey Jane who plays a deadly assassin. 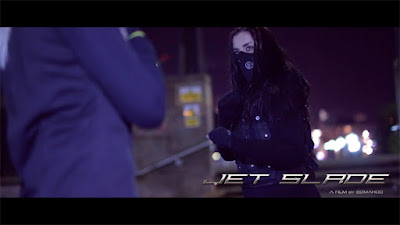 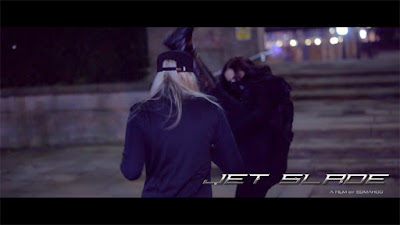 Screen Grab 03:
Image of the cast after filming had finished, they were cold and tired but enjoyed every minute of it. The whole shoot took about fours hours to do, prior to that the cast had to have their makeup applied and put on their costumes. 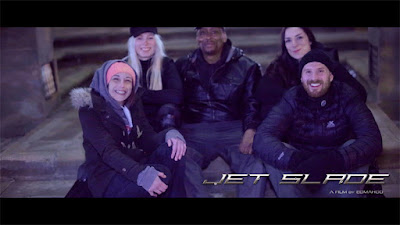 Screen Grab 04:
Image of Milja and Steve on set. 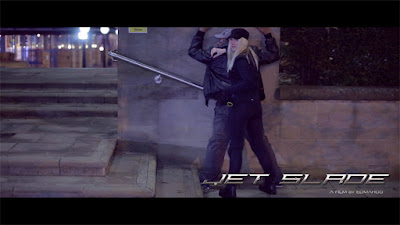 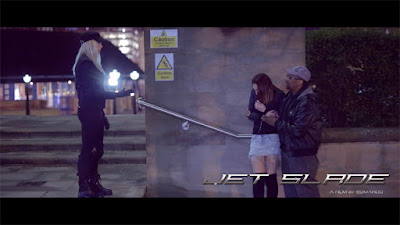 Screen Grab 06:
Emma & Steve, they have such a good rapport on screen together. 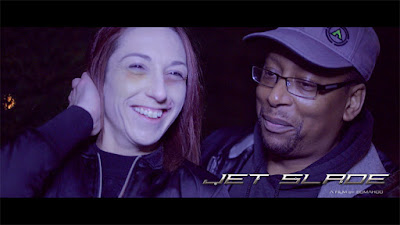 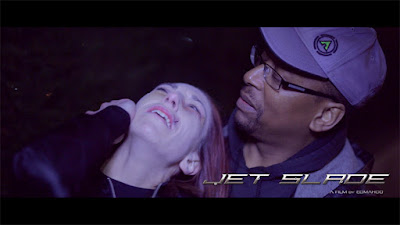 Screen Grab 08:
A really nice setting of Lynsey and Chris on set. 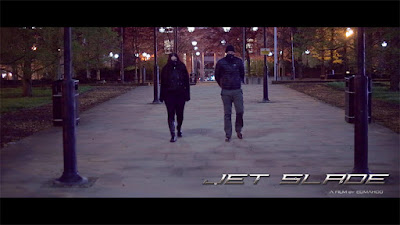 With this scene completed, plans are already set in motion to start rehearsals for a few more scenes before we start filming.


We hope you liked the screen grabs of some of the cast from Jet Slade on set.

Look out for more updates from us.