Recently we've started promoting our film Jet Slade: Rise of the Black Hood (still in production). As an independent film maker, we know too well how difficult it is to get things off the ground, it takes a lot of planning, perseverance and patience. We have put a lot of thought into how we want to portray the way we promote our film, and hopefully appeal to the right audience. This has attracted film maker, Graham Jones...
Graham Jones - Who is Graham Jones? 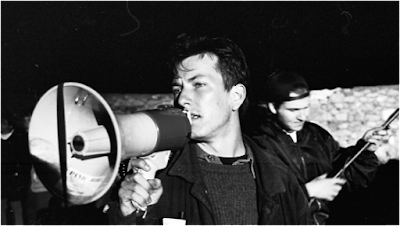 [Click on image above to follow Graham on Twitter]
Graham Jones is a talented director and film maker, and has a very unique style of film making... Most films these days are quick-paced, using many cuts to tell their story, we can sometimes get caught up in the same trap and before you know it, we're all doing the same thing. With Graham, each scene is well paced, thought out and focuses more on the subject.... more character driven. His film style draws you in and before you know it, you forget about the pacing and focus more on the story. Using the traditional static camera shots for some of his scenes, he gives you a chance to focus on the whole picture and what's happening, therefore when he does apply those subtle dolly techniques you don't notice it because you're so deep into his film...

You can read more about this Here...
Browsing through some of his works on his Youtube channel we were very surprised to see how much work he had actually produced and directed!...

There were a couple of films that stood out to us as we browsed through his website.
The first was:
NOLA AND THE CLONES:
View trailer below - The film starts immediately after!

The other film that stood out to us was
THE HISTORY STUDENT:
You can watch the full movie below.


View more of Graham's films clicking on the links we've provided and also by Clicking this link:
[Advertisement]

Film making is a passion, we hope you've enjoyed reading this alternative post from director Edmahoo (follow on Twitter). We need to see more posts like this from interesting and creative people. Without these types of posts and support from other Independent film makers, we can get lost and become invisible in the world of today's 'Social Media.'