Behind The Camera of a Solo Filmmaker 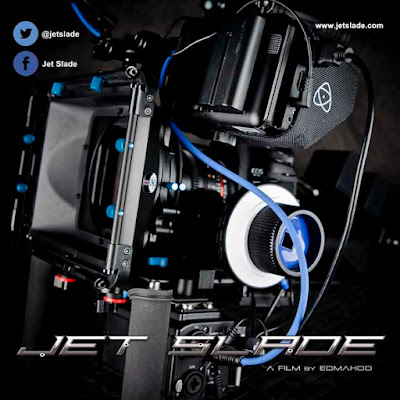 With technology advancing quickly and by the time you've saved up those pennies to buy your dream camera, it's already out of date. The hours spent doing your research seems to have been a waste of time!... Or has it, does having a more expensive camera make your work any better?

With the new range of cameras available out there on the market, who can afford to by them? Some of the prices range into their thousands, and that's just for the body itself!

Are we going back to when we were kids, if you didn't have the latest trainers, you weren't part of the in-crowd? Did having the better and more expensive trainers make you a faster runner?

These questions are debatable...

If you have your heart set on a particular camera and you've done your research, then there must be a reason for you wanting that model. Don't be detoured by negative reviews, there will always be some smart alec who knows best.

Youtube is a really good way of finding out honest and genuine reviews about the model of camera you have your heart set on. Most companies tend to have a support system on their website with a download feature, that will allow you to download a PDF format of the manual. This is really handy as you can really delve into the specifications and the finer details of the camera. 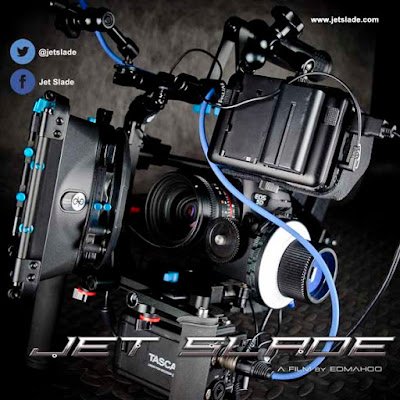 Really do your research and think about what benefits you get from that particular model and why you think it suits you best.

DSLR cameras have become very popular for the Indie Filmmaker enthusiast, which is giving them the chance to have that cinematic look in their footage. Being able to use different lenses for different scenes has really upped the creativity and have allowed the Solo Filmmaker to produce some outstanding results.

So we go back to the beginning and ask that first question... "Does having a better camera make your work any better? Well... Yes in the right hands and no in the wrong hands.

This is just speculation... Some filmmakers see a film/footage from a particular camera and fall in love with the look... But what they don't realise is what goes into making that footage look the way it does, so sometimes they can feel a little disappointed especially when they've spent so much money on their dream camera... Having a better camera  in the right hands can produce phenomenal results. 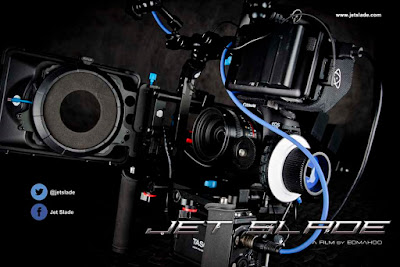 Why the Canon 5D Mark III?
A couple of years ago (2013) Ed the director, went to the BVE Expo in Manchester. He's been a few more times since then. The BVE is like paradise for the filmmaker enthusiast, it's actually really  nice to go there and meet people of the same interest as you. You actually get a chance to have a hands-on on the equipment and really get to feel the ergonomics and weight of some of the gadgets and hardware you only read in magazines and see on the Internet. It's a definite must if you've never been to one of these Expos before!

The BVE is where Ed managed to get some expert help and advice from the Canon tech team that were at hand... they were very helpful and answered his questions and did a demonstrated on the camera for him.

Ed already knew he wanted to use the Atomos Ninja 2 to record his film, he had done his research!

He explains in detail on how to setup the 5D Mark III with the Atomos Ninja 2.
It's a very interesting video tutorial but not just for the topic, but also the advise he gives you is very knowledgeable.

Filmmaker Philip Bloom (Click on link to follow Philip on Twitter) also gives you an earlier insight on the Canon 5D Mark III and Mark II, which was also useful to Ed.
CANON 5D MARK III 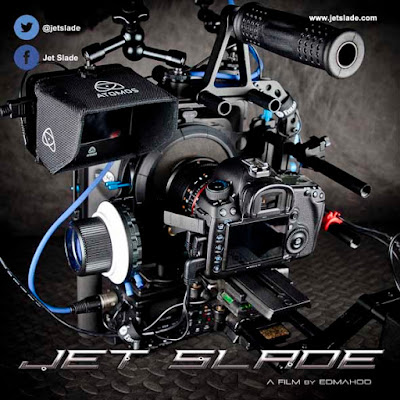 It can become very expensive when it comes to buying accessories and attachments, make sure you're prepared for this.
The more you film, the more you're going to come across many hurdles. Try and plan your day and always do dummy runs, get use to your equipment and know it inside out.
A DSLR rig is very useful as it allows you to add extra attachments/pieces of equipment. No DSLR setup is the same, usually each cameraman or film maker usually custom makes and designs their own rig to suit them. 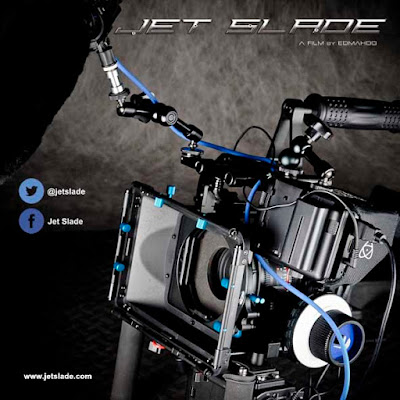 Ed's rig design allows him to mount his camera on his shoulder or to use the handle grip on top to either carry the camera or film at lower angles. There is some weight to it, so make sure you're aware of this especially if you're going to be filming a shoot all day. 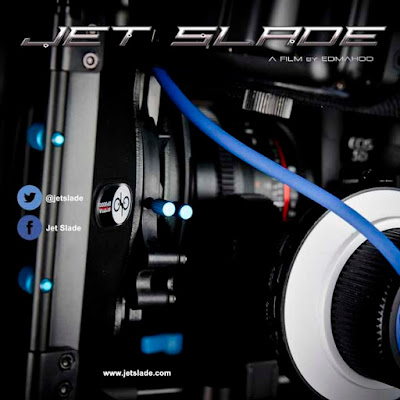 Ed has really planned and designed his style of rig to suit him. He has experienced first hand by working in the field what his pitfalls are, which he has corrected to suit. 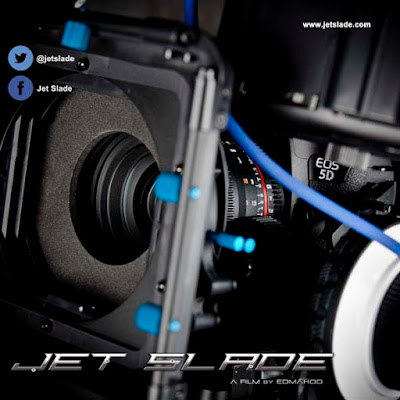 Everything on his rig is easily accessible to him which is very important when filming on location.

Most of you reading this will already have an insight to film making, but every filmmaker has his tale to tell...

We hope that you've enjoyed reading this post and it helps you in some way. Jet Slade is a journey and we hope you're enjoying the ride as much as we are.