PHASE III: THE FINALE
Production begins for the final stage of Jet Slade,
director Edmahoo promises lots and lots of action!
It's not going to be easy but... WHO'S READY?
Director Edmahoo doesn't really get excited over trivial things,
as a matter of fact, we don't think we've ever seen him lose his cool on set...
We don't know how he does it?
Working and dealing with people with different personalities...
He writes and prepares the storyline and scripts,
plans rehearsals, he even travels to collect the
cast without transport and makes sure everyone gets home safely,
locations, sets, lighting, sound, tech, filming, editing,
producing, marketing, graphics design, photography, film score...

He truly is 'A Solo Filmmaker'.

He will be featured in 'THE SOLO FILMMAKER' magazine in January 2016
about his work on Jet Slade, so keep a look out for it. 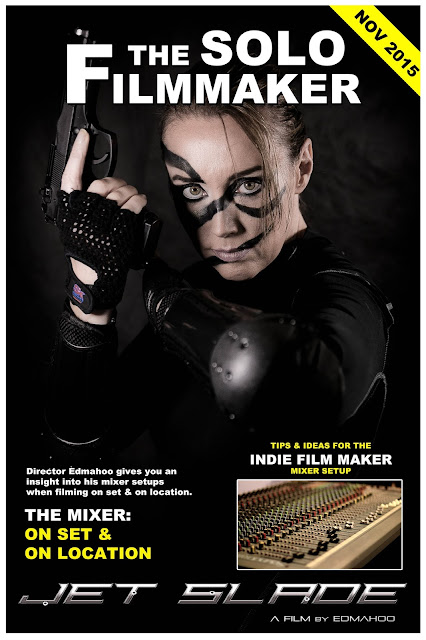 See you all in the New Year and have a great Christmas.