The Journey - Creating the Character

It's been an experience for most of the cast of Jet Slade, we setup this page so that if anyone came across this website, we hope there would be something on here that they would be able to refer to and help them to use as reference.

Everthing down to photography, graphics, fight choreography (with the help of his stunt team) and film score is produced by Ed.

Here is an inspiring montage of Wag Doll, who plays the lead character Jet.


If you're thinking of taking on a lead action role, that may include lots of fight scenes, we hope this video will gave you an idea of what Wag Doll had to go through and maybe help aid you on your journey.

A lot of the strength training was devised to get her ligaments and joints strong and use to the stresses of the fight scenes, as she would be fighting men and throwing them around. She had to be fit enough to repeat takes as safety for the cast was the highest priority. 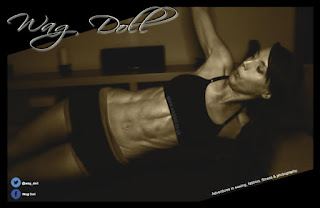 Director Ed, wanted the character Jet to look fit and strong and believeable on screen, but not lose her female qualities, so careful planning on how we would handle Wag Doll's diet and training was important. 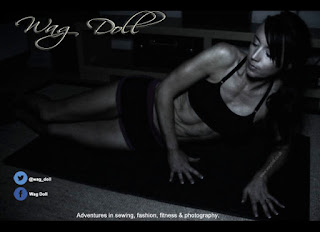 You can see how Wag Doll planned her diet and training regime by clicking the links below:

Here is an edited down (shortened) fight scene of Wag Doll as Jet in action:


We hope this post has given you an insight into our character Jet.