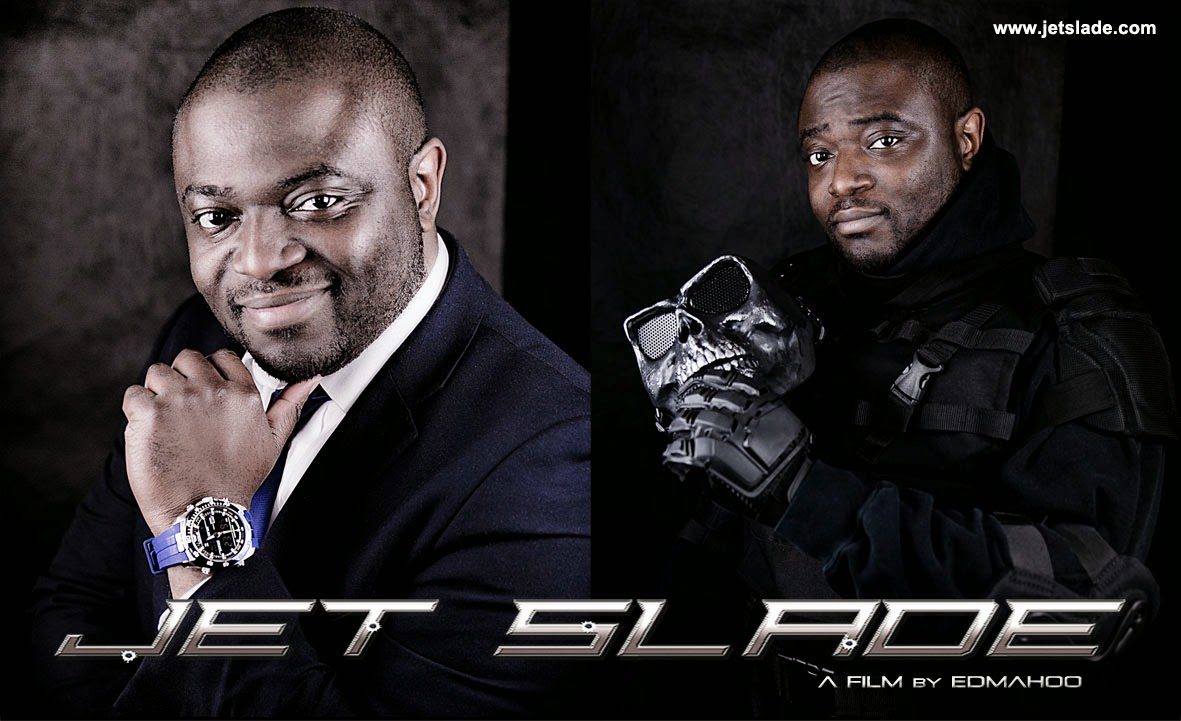 When we heard Humphrey had agreed to play the lead character not only as Mac, but also the Black Hood, we were over the moon! We knew we had to have the right actor that could pull it off, and after having a few meetings with Director Edmahoo, to discuss his characters, and with Humphrey adding his personal input, the stage was set!

Humphrey has not only just set his goal at becoming an actor, he has also branched out as a director, assistant director, producer, cameraman and sound man.

With his experience in the field growing, he is setting himself up to be a valued member of the film industry.  Written by Edmahoo 2015.

Humphrey Casely-Hayford, is a Leeds based actor and voice over artist.  With a passion for showing off, Humphrey took the stage at the age of 8 years.  Since then, he has been in several national touring stage production that include "Of Mice and Men", "Julius Caesar" and "Othello"

More recently, Humphrey featured within the film "I am a Good Person/I am a Bad Person" written, directed, and produced by renowned Canadian film maker, Ingrid Veninger.

Since the beginning of 2012, Humphrey's love of filming grew and became partner Tomasz Aleksander's production company "Boy North Films" and to Laura Whitaker's thriving business Defining Beauty.  Heading up the video production department in Defining Beauty.  He is currently working an a legacies of war project named "Unheard Voices".  In conjunction with the University of Leeds, the National Lottery Heritage Fund, and Snowgoose Writers Community; Humphrey and Laura are helping bring archive material to life by creatively filming and capturing archive material from the First World War, and are telling the stories of the "Unheard Voices" of family members left behind within Yorkshire during that time.

With Boy North Films, Humphrey has been the producer on three short films, all with a moral message to be put to the audience.  Two of which, made it to Festival de Cannes short film corner in 2012 and 2013.

About Jet Slade, Humphrey says:  Acting in Jet Slade is going to be a whole new challenge for me.  Being a complete nutter and evil person is not what comes natural to me!!!  Last year Ed put me through my paces when it came to fight training - I've had a break, and I'm raring to start fighting again.  Bring on the punching bag!  I love acting in independent projects, being someone who is involved in several projects big and small, I understand the importance that homegrown film making has to the industry.  I'm looking forward to seeing this project completed, as an actor, I'll be learning something new to add to my skillset.  As a film maker, I'll be learning a whole new way to shoot stuff.